As she was opening a large yet light-in-weight wrapped Christmas gift, our daughter’s face first expressed confusion at the piece of paper she was pulling from inside until she read it and realized that she was receiving Taylor Swift Reputation concert tickets. That face morphed from confusion to pure undulated excitement.

My husband and I decided one year, rather than giving our kids material gifts, we really wanted to give experiences. It was a gift that I think she will remember forever.

But I was ill prepared for the actual execution of taking her to the Taylor Swift Reputation Tour. Here’s what I think all parents should know before taking your daughter to a Taylor Swift concert. Read on for our Taylor Swift tour tips.

Insider Tip: With the announcement of her 2023 The Eras Tour, you’ll want to act early to register to get tickets to Taylor Swift The Eras Tour.

Many parents’ or kids’ first question may be how old do you have to be to go to a Taylor Swift concert. While It is really up to the parents to determine when they are willing to take their kids. Are your kids old enough to stay up late? Do they get overwhelmed by loud noise or bright lights? Will they be tall enough to see the stage? All good questions to consider.

As the kids get older and want to go on their own the question may be more complicated. While there aren’t any published rules yet for The Eras Tour, past tours have have had an age requirement for the pit.

Countries outside of the US seem to have additional rules regarding age. But in the U.S. there don’t appear to be any Taylor Swift tour age restrictions other than for the pit. For specifics, you’ll be best served to check with the venue you’ll be attending.

Taking your daughter to a Taylor Swift concert — What we did right:

We planned and purchased tickets with a friend and her mom to go and be seated next to us. A Taylor Swift concert is much more than a concert. It is also a show similar to the caliber of a Cirque du Soleil show.  Anyone could go all by themselves and have the experience of a life time. But, aren’t those experiences always better with those we love.

Our daughter’s best friend being along made it a bonding experience for the two of them and memories that they will always cherish. Plus, I also had a friend there and together we had the pleasure of watching the joy on our daughters’ faces together.

Taylor Swift has set up a system when fans can purchase better seats before tickets go on sale to the public. The purpose is to give true fans an advantage over bots and scalpers at the best tickets.

Before taking your daughter to a Taylor Swift concert sign up to receive communications on the Taylor Swift website or follow her on Twitter. When she announces a concert do some of the activities that earn you a better place in line: Purchase merchandise, watch videos, etc.

#3 Purchase seats near a convenient entrance

We simply lucked out with this one. After a parking nightmare, we somehow ended up by an entrance that was right by our seats. And, although we missed the opening acts due to parking issues we made it in time to get concessions and merchandise before Taylor Swift came on stage. 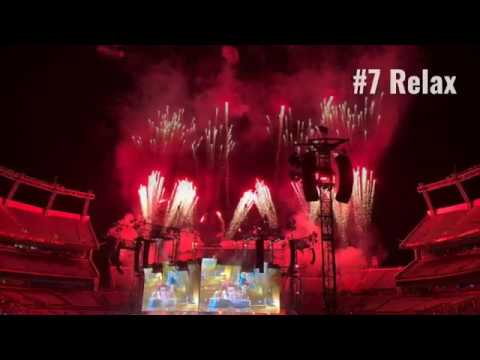 We ordered musician quality ear plugs in advance for our daughter. She used them and was still able to hear the concert just fine. And, the applause and cheering didn’t hurt her ears. The applause was the loudest part.

#5 Plan to buy a t-shirt or other souvenir

We planned on purchasing our daughter a t-shirt at the concert. She left in it that night and wore it the next day. It is a fun memento.

Taking your daughter to a Taylor Swift concert — What we didn’t do right:

#1 Plan for getting into and out of the stadium

This was my first time to Mile High Stadium in Denver and it would take a lot to get me to go back.

We planned to be taking our daughter to a Taylor Swift concert an hour prior to the start time. Dinner ran over and we only had 30 minutes or so to go the less than one mile to the stadium. The directions on our parking tickets included streets that were closed off.

We had pre-purchased parking at the stadium. Apparently paying for parking at Mile High Stadium doesn’t mean you got any. They closed the lot where we had pre-paid for parking. After two hours in the car to go about a mile to the stadium and navigate parking we managed to get a spot. Daughter was in the back seat crying thinking we were going to miss the concert. It wasn’t pretty.

Our friend drove and was heading back up the hill after the concert while we planned to catch a Lyft. Well the flaw in our plan was that there were a few thousand other people (approximately 58,000 fans leaving the stadium at the same time) with that same plan. It was nearly impossible for cars to get in and out of the area around the stadium. The concert let out around 11 p.m. and we finally got back to the hotel two miles away at 12:30 a.m.

I don’t know if there is really any solution to this issue if your stadium is one like Mile High Stadium in Denver. You could leave the concert early but would miss the end of the concert. And, you probably don’t want to do that. The only other option I can think of would be to park a bit further out and walk in and out.

They can sleep later. Despite my stress of trying to get two nine-year-old girls home at midnight, it was an adventure for them. Taking your daughter to a Taylor Swift concert is giving her and her friends an experience that they won’t ever forget. Goal achieved!

Insider Tip: Bring glow sticks to make your own lights and fun.

Have you taken your daughter to a Taylor Swift concert? Anything you would add? Was it an amazing experience for her, and you?

Guide to Taking Your Daughter to a Taylor Swift Concert

9 Best Gifts for Kids Who Love to Cook

Traveling with Kids is Fun – or Not

What a Disney Mom Wants for Christmas